First, hold a piece of stiff blue card landscape, then fold it in half horizontally. Tear a large, oval shaped piece of tissue paper, then glue it in the middle of the card. Tear of two smaller oval shapes and glue them to the sides of the card.

Now, cut off the corner of an old envelope, then colour it in with orange permanent marker. Glue the beak in the middle of the fold, so you can still lift up the top flap. Then, close the card to flatten the beak.

Finally, use some tissue paper scraps to decorate the outside and inside of the card. Add some eyes to your bird and draw some legs with orange marker.

You will need: 2 pieces of thin black card, scissors, glue, blank paper, and a black pen.

First, fold one piece of card in half horizontally. Close the card and cut two pairs of vertical lines into the fold. Open the card and push the pop ups forward.

Next, draw a ghost on blank paper. Add some merciless eyes or a creepy smile, before cutting it out and sticking it onto the pop up flap. Cut out a speech bubble and write something sinister inside, then stick it next to the ghost on the other flap.

Finally, fold another piece of card and glue it over the first piece to cover the hole. Now you can decorate the outside with spare paper or add some more ghosts to the inside. Now your amazing spooky card is complete!

Do you want a fun way to create an educational and informative leaflet? Use pop up! You will need: 2 pieces of thin white card, colourful markers, scissors, tissue paper, facts and glue!

First, fold one piece of card in half and cut two lines in the fold vertically. Push the pop up forward as described in “Spooky Pop Up Card” instructions. Fold and glue the other piece over the top to cover the hole.

Now, draw and cut out a picture of what your leaflet is about. Write lots of fascinating facts around the outside, and add colourful diagrams to match what you are writing about! Draw bubbles around the facts and colour them in.

Finally, decorate the outside with colourful scraps of tissue paper and write a title to complete it. Everyone will be astounded when you present your amazing leaflet! 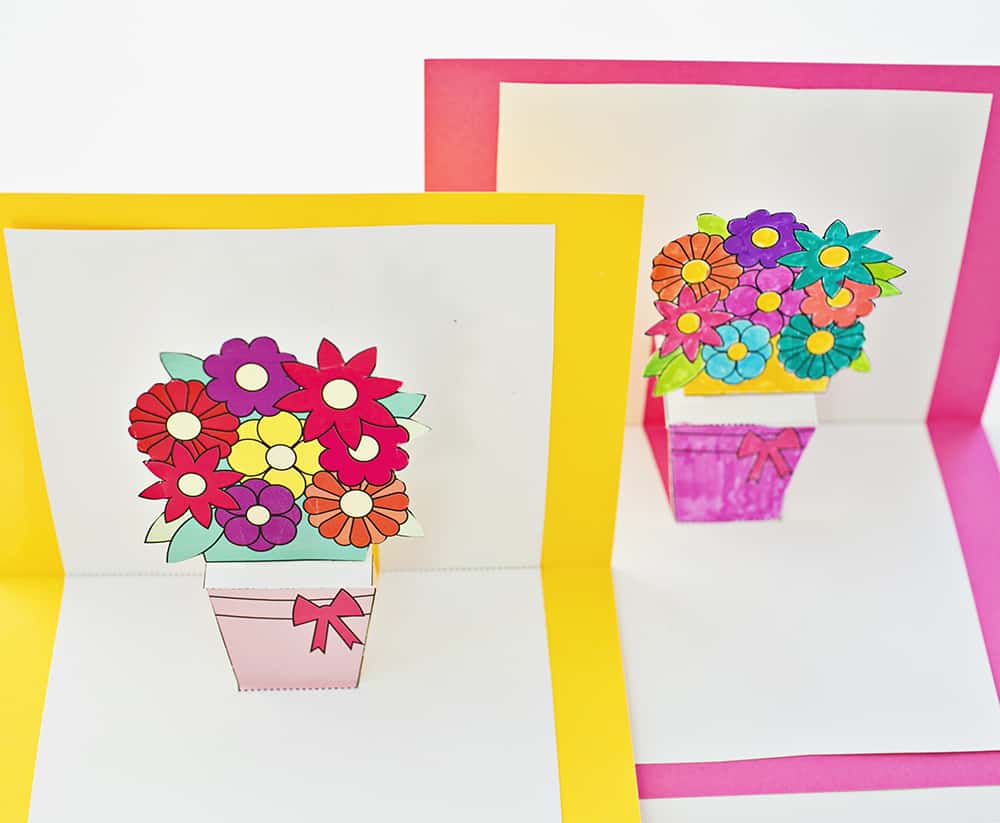